The top five activities New Zealanders spend most of their time on has stayed stable since 1998/1999.

Those activities are sleeping, paid work, watching television, eating and drinking, and socialising with others.

However, the proportion of time we spend on each of these activities has changed.

The changes in time use affect both the demand for, and supply of (e.g. propensity for people to volunteer for) SAR services.

New Zealanders feel busier than in the past

In its research on the search and rescue sector, Volunteer NZ noted that around 500 respondents submitted comments, many of which highlighted the theme that they felt time poor.  But do we actually have less time available to us than previous generations?

Of course not: we all have exactly the same number of hours available in a day and arguably because we live longer lives, we actually have more time.

When we say we are busy or time poor, what we are really saying is that we are trying to juggle many competing priorities in the same amount of time.

There is a hint that New Zealanders are feeling more pressure to juggle various priorities in a day, including meeting the expectations of our workplaces, communities, friends and family.

In particular, younger people appear to feel particularly pulled in different directions.  For example, recent research by Sport NZ suggested that young people are much more likely to see ‘time’ or ‘other commitments’ as a barrier to participating in active recreation, relative to adults. Volunteering NZ has also interviewed a wide range of people about their perceptions of being time-poor and found that there are likely to be quite different pressures on different demographics.  They comment that:

“Older New Zealanders are retiring later in life, which reduces the length of time they could engage in volunteering following their paid working career.  New Zealanders are having children later in life which reduces the amount of time middle-aged adults have available for volunteering. Young people are fully engaged in the workforce and leading busy lives often focusing on paid work rather than making voluntary contributions.” (Volunteering NZ 2017)

Volunteering NZ also found a mix of sentiments around people being genuinely time-poor due to work and family life pressures and people who simply perceived they were too busy to volunteer (i.e. more a question of relative priorities).

Yet we're spending more time than ever on the couch

One reason we seem to struggling to get enough done in a day is that the range of entertainment options available has expanded significantly.  So has the quality and ease of access to entertainment.

For example, a 2016 study found that 3.2 million New Zealanders watched more than 23 hours of television a week, excluding time spent on devices.

Furthermore, New Zealanders were found to spend a further 15 hours a week using the internet, with this figure predicted to rise due to the rising prominence of internet-based television (Burrows 2016).

Currently three quarters of the New Zealand population are active Facebook users, second only to YouTube, which had an additional one percent using it actively.

Furthermore, according to the NZ E-sports federation, in New Zealand 67% of the population play video games and 48% of those players are now female (New Zealand eSports Federation 2019). 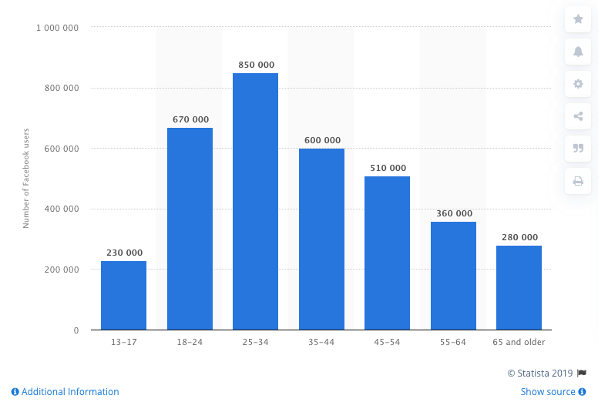 In view of an ever-expanding array of non-physical entertainment options available, it is perhaps not surprising that the trend towards kiwis being sedentary has continued unabated since the 2017 environmental scan.