Need to report someone lost or missing? call 111 - Ask for police
Skip to main content
Environmental Scan > What do we do? > What's our role?

The role of the Search and Rescue (SAR) sector is to search for, rescue and save the lives of people who are in physical danger in outdoor situations.

We work together to save lives

There are many different organisations involved in New Zealand’s Search and Rescue sector (“the SAR sector”). Our collective mission is to:

People expect to be rescued fast

Recent NZSAR research has shown that people generally expect to be found within two to five hours if lost and or hurt in the bush.

The use of helicopters in SAR has become expected to a certain extent. SAR coverage is expected nationwide, 24 hours a day, seven days a week.

It is informative to contrast these expectations with the size of the area for which the SAR sector is responsible. The NZ Search and Rescue Region (NZSRR) is vast, covering over 37 million square kilometres of ocean and stretching north as far as Tokelau and south as far as Scott Base in Antarctica. In this context, it is very easy to get lost or injured and very difficult to locate people when they are. The challenges of assisting people in distress over such a vast territory were demonstrated in December 2011, for example, when a Russian fishing ship, the Sparta, hit an iceberg in Antarctica, resulting in it taking on water and listing.

Vessels speeding towards the stricken ship could not get there fast enough to help, due to heavy sea ice.

So, the RCCNZ liaised with the NZ Defence Force to dispatch a Hercules to reconnoitre the area and then to airdrop supplies to fix the hole and get rid of the water. The operation was a success – with the head of the Russian Antarctic Organisation saying the vessel would have sunk were it not for the assistance provided.

Further liaison by the RCCNZ led to the Korean Ice breaker Aaron escorting the hastily repaired ship to a dry-dock in Lyttleton, where permanent repairs could be made. This whole operation involved significant coordination both across the various New Zealand SAR agencies but also various international partners (e.g. Russia and South Korea) in the complex geo-political environment that is Antarctica. 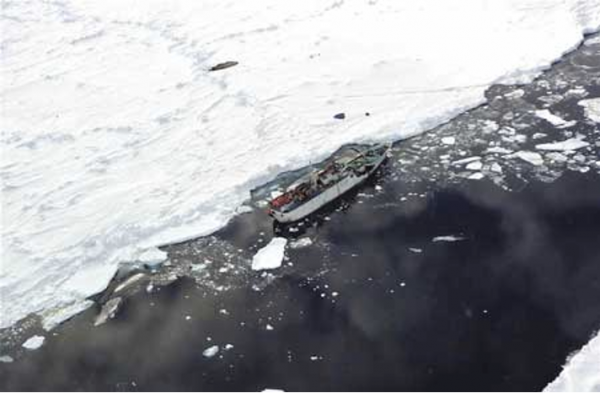 Need to report someone lost or missing? call 111 - Ask for police